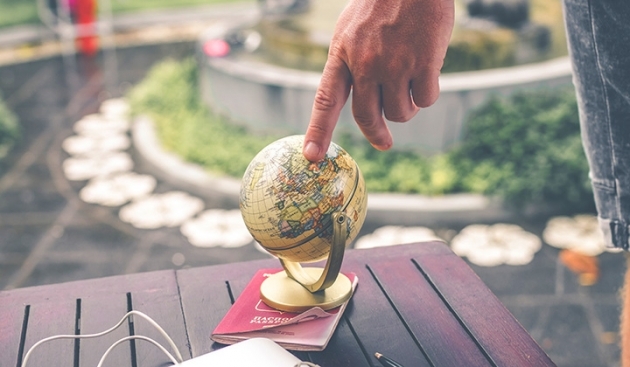 Knowing that matriculation is just around the corner brings to most late teenagers a knowing that the future now holds a certain amount of freedom and that there are infinite possibilities in that freedom.  The possibilities rest alluringly in this age-group who is just beginning to acquaint themselves with their own character - their vulnerabilities and their strengths.  It is the fragile emotional interaction taking place now that can determine whether freedom is a gift or a curse. As the more experienced of the two, and very likely the banker, it is up to you to guide your teenager in their most suitable direction.

What is a Gap Year?

It is defined as the period between Grade 12 and further study and it is intended to be exactly that – Just ONE Year!

How Can a Gap Year Help?  For goal-oriented learners a gap year can be extremely beneficial in gaining perspective and, barring extreme circumstances, most focused teenagers are able to pick up where they left off after a short break. Here are just a few of the benefits to taking time off before entering college or university:

When their gap year is over they will have a new appreciation for tertiary education and know that they really want to be there instead of just going because that is what is expected of them.

How Can a Gap Year Hurt?

For some, the gap year is an unproductive experience especially if they take it for the wrong reasons or fail to establish a clear plan.  Take a look at some of the negative effects of taking a break before studying further:

How to Plan for a Successful Gap Year:

To make the most of a break from academic study, consult books and Web sites on college and varsity planning; talk to high school counselors, college and varsity admission representatives, other parents and students and trusted teachers.  Be sure to analyse your child’s goals and reasons for taking a gap year before they commit to something that could have a major impact on their degree pursuit and subsequent career.

Does my child have to apply to university before a gap year?

They don’t have to but it’s a good idea for many reasons including:  First off, it means they (and you) don’t have to worry about cutting short travel plans, if they have them, to attend an interview at their chosen place of study.  Secondly, colleges and universities usually prefer a student to have applied during their final year of school and make note of deferment in the case of a gap year.  Thirdly, if your child didn’t get a place that suited circumstances best the first time around, taking a year out could give them a second chance.

Does my child need to tell the university that he intends to take a gap year?

In theory, YES.   They should make note on their application forms that they wish to defer study for a year.  Most universities, if they are willing to offer a place to start with, won’t feel any different about it the following year but some suggest reapplication anyway to make sure the spot is secured.  There are some institutions that simply won’t accept deferred entries.  Make certain of the rules and regulations of your child’s chosen place of study.

My child’s results may not be good enough.  Should she use a gap year to improve her grades and then reapply?

If your child has missed her grading criteria  let her take a gap year and re-write her exams with the aim of achieving higher grades.

What do universities think of gap years?

Most universities reckon that kids who have had a year out and then go back to study will have a more responsible and mature attitude towards work and are better able to look after themselves.  In other words, gap students generally tend to be less trouble for them.

What can my child do in a Gap Year?

Or anything that appeals to your child so long as it’s constructive and bolsters their CV.
Is a Gap Year just a way of delaying the inevitable?  It’s not a good idea to use a year off as an excuse to delay studying.   If your child doesn’t want to study further, don’t try to force them.  They can always apply later on in life as a mature student.  A gap year should be used constructively and not as an excuse but, it is just about the best chance in life to take a break.  You will probably understand this!

Taking a gap year isn't for every student. If your teenager already knows exactly what he wants to major in and thinks that he is mature and responsible enough for the work that comes along with college or varsity, then he will probably want to continue on straight after high school. Weigh up their options with them and help them make the best decision for themselves.  Whatever they decide to do, one thing is for certain: they will enroll in college or varsity a person different to the one you know now!